Deportations are forced and involuntary (despite signatures exacted by coercion), and often to places where people fear their safety and lives will be in danger.

Qantas have recently sought to facilitate two deportations of Tamil asylum seekers, or attempted to and been met with protests. (See also #BoycottQantas, and scroll below for further material & info)

Injuries and, at times, deaths have occurred as a consequence of the force used to restrain people being deported on flight. The deaths of Joseph Chiakwa, Jimmy Mubenga, and the injuries sustained by countless others bear testament to the violence that is involved in deportations.

We urge everyone to seriously consider their role in facilitating or being a ‘bystander’ of deportations. What makes it possible to fly the planes also makes deportations possible. Without the agreement of pilots, passengers, baggage-handlers, ground staff, cabin crew, check-in staff, mechanics, and traffic controllers, deportations cannot happen. Refuse. Unions can be called upon to act in solidarity with people who are being deported. Everyone can show some courage.

Because Australia (as with most other countries) is a signatory to the Tokyo Convention, once the doors are shut, the Captain is responsible for the force used on board.

This includes the force used to restrain people so as to ensure their deportation, including handcuffs and other measures such as gags. Flight Captains are empowered by the Tokyo Convention to decide on the use of force on their aircraft, therefore they can refuse to allow those deportations to take place on their flights.

It is ultimately the Captain’s responsibility to ensure the safety of all of their passengers.

It is important that passengers are informed that someone on their flight is being forcibly deported. Passengers should be alert for people who are handcuffed, even though the cuffs may be obscured by a coat or similar. They will have at least two escorts, in plain clothes, from either Serco or a related security company.

Airlines will only refuse the business of deportation if it hurts their business and their brand. They should be called upon to refuse to participate in deportations, anywhere they are doing business, including at the site of their promotional activities on social media platforms such as Facebook and Twitter, tourism and flight booking outlets.

We specifically ask that the Guardian cease its advertising of Qantas until such time as Qantas ceases to engage in deportations.

As a result of protests against Qantas’ involvement in deportations, Qantas have sought to put passengers who protest against deportations on a no-fly list. Presumably they still believe that they will make more money from continuing to engage in deportations while banning people who have the courage to stand up against them. While they have taken one person, Paul Leary, off their no-fly list as a result of being taken to the Tribunal over the matter, as far as we know the two women who were also placed on a no-fly list remain barred. They have also blocked comments from appearing on social media regarding their involvement in deportations.

Qantas are clearly sensitive to criticism, and so they should be.

#BoycottQantas until they refuse to facilitate any further deportations. 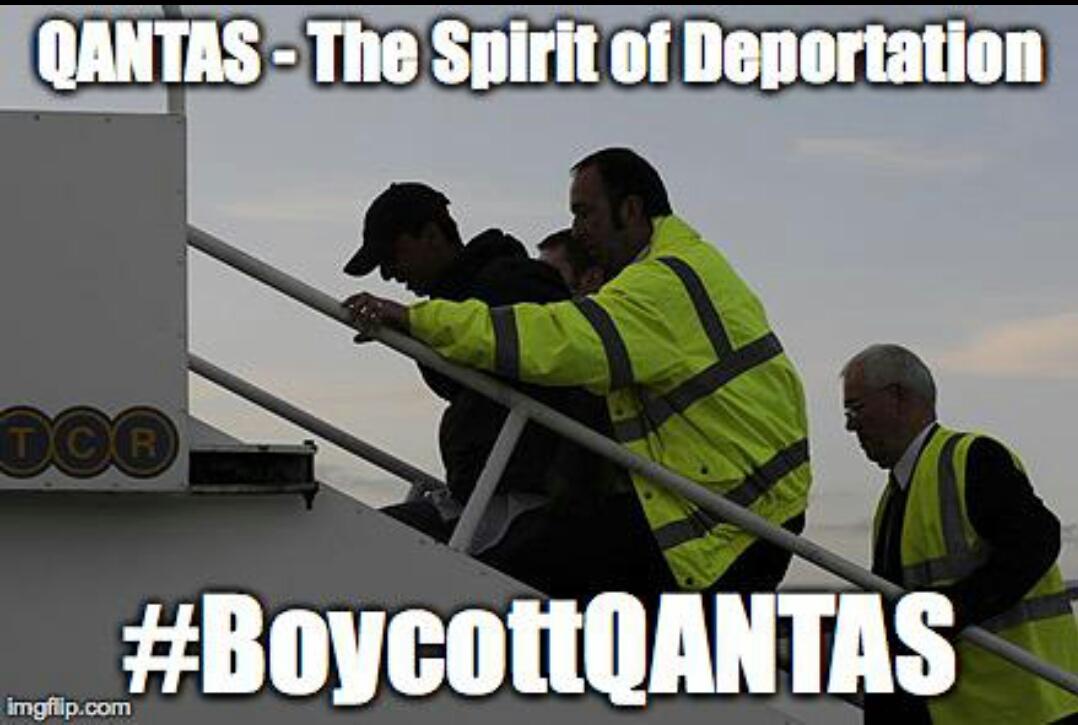 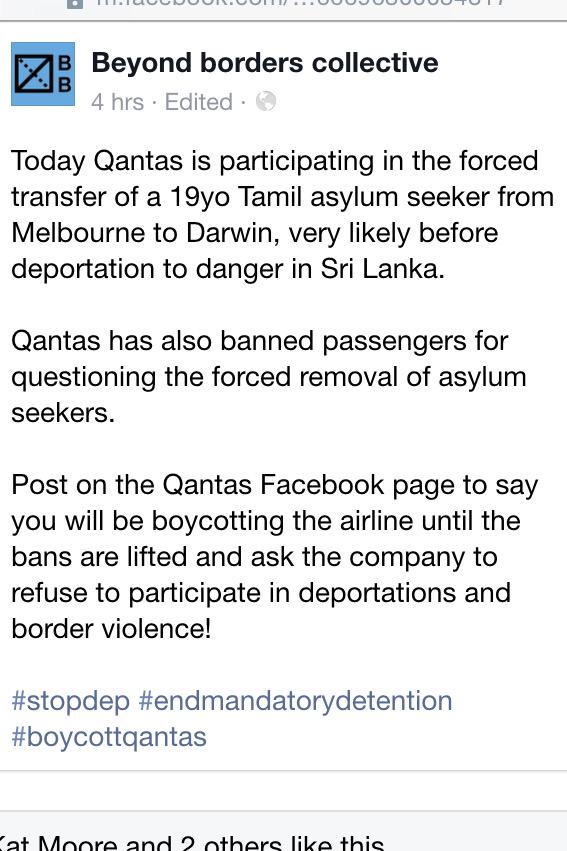 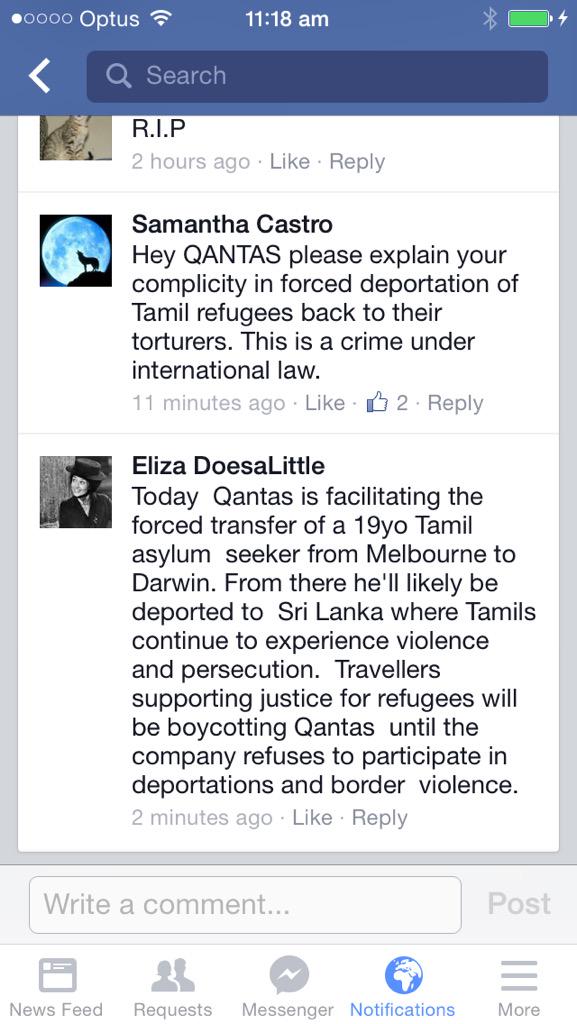 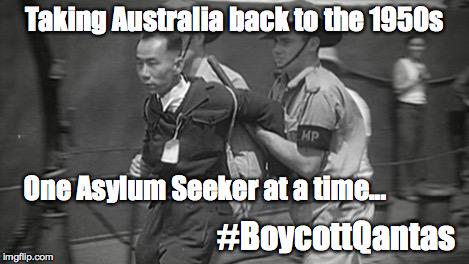 [Some additional graphics from @akaCoggo, @rranwa, @conoilseed & others. Please ping if attribution missed, incorrect or to be removed]

Stand Up Against Deportations | #BoycottQantas