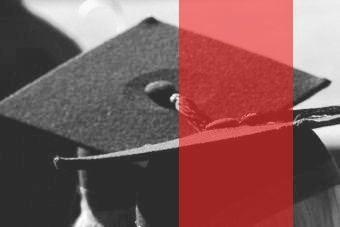 Four Corners recently aired an ‘expose’ of the Australian university system: a report purportedly focused on the increased profit focus and subsequent academic erosion of the tertiary sector that instead had more to say about the border than about capital. Of particular interest to the report was the educational excellence (or otherwise) of a number of international and ‘poor English’ students who had been allowed to graduate from nursing degrees in Australian universities. According to this discourse, these ‘international’ or ‘otherwise low English’ students – thus marked by their relation to the border – are now practising in Australian hospitals, endangering the health and lives of the Australian patients treated therein.

In this figuration, the (pure), (white), (liberal), (cultured) university – once a centre for academic excellence, for passionate and varied scholarship, for dedicated students and generous teachers – is penetrated by the outsider-within: the international student. Lip service may be paid to a superficial analysis of the broader political and economic processes that underpin the monetisation of the university but ultimately the blame for this too is heaped upon the international student’s head. The outsider-within pays, and therefore embodies monetisation: having acquiesced in their own financial exploitation, international students are indelibly marked by and held responsible for it. International students are ‘well-off’ (or so we imagine they must be, having little curiosity about what financial techniques they may have been forced to in order to fund their study), they ‘cheat’, they ‘speak no English’ and come from cultures in which plagiarism is de rigueur. They do not love learning for learning’s sake, they have no interest in university life or improving their English and are concerned only with obtaining – by whatever means – their degree.

Against this backdrop the casual academic emerges as a (white) heroic resistance to the tide, who resists administrative pressure to give lenient marks to or overlook plagiarism by international students in order to facilitate their obtaining of a degree (barely a fleeting moment’s notice is given to the possibility that local or ‘domestic’ students may also cheat or may also turn in substandard work, in this narrative the meanings are well-stuck: failing=cheating=international=fee-paying=’poor English’=corrupt=failing and so on). The casual academic interviewed was encouraged by the program to be explicit about the effect her cooperation was likely to have on her ongoing employment; she expressed an expectation that she would not be hired next semester. Her interview was thus cast as the action almost of a whistle-blower: a courageous bringing to light of information not previously available. Her resistance to pressure – institutional on the part of the university and emotional on the part of her students, from whom it is apparently not unusual for her to receive emails that express extreme psychological suffering – and determination to pass only the assignments that merit passing was presented with similar admiration.

It might be asked, however, exactly what her courageous resistance serves to resist. The issue of plagiarism, for example, follows a quite unrecognisable trajectory within the academy from that depicted in the segment. A junior, casual academic myself, I discussed this program often with friends and associates: one senior colleague commented that

The institutional obsession with weeding out plagiarism is almost invariably focused on foreign students who are prejudged as suspect and illegitimate. This is compounded by academics wanting to cling to the idea that universities are meritocratic institutions, an idea that is rarely reflected in the pattern of, say, appointments. In this context, plagiarism, particularly by senior academics who want to maintain a research focus so as to avoid teaching and gain promotion through constant publication, is rife, institutionally protected and is often an extension of the misuse of precarious research staff. Senior academics are of course far more skilled at paraphrasing without citation than most students. So even though this technically counts as plagiarism, it comes down to who the institution wants to protect or not, who has more power.

A day or two before watching the program myself I tweeted rather despairingly that at times my students make me feel more like I am border policing than tutoring, complaining about their tendency to engage with me more as one particular representative of a faceless bureaucracy than as the accessible and humane teacher that I endeavour to be. What I failed to recognise in doing so – what the current parameters of the debate surrounding the ‘state’ of tertiary education in Australia fail to recognise – is the fundamental astuteness of my students’ analysis. The university is a technology of the border. Writing in Mutiny zine, Sanmati Verma explains how the over 100,000 international students displaced from the VET sector by the migration reforms of 2010 were dispersed and reabsorbed in part into Bachelors or other ‘higher education’ degrees. Despite the fact that these students are constantly plagued by the standard of ‘genuine student’ that they must satisfy (or fail to), the use of student visas as a pathway to permanent migration is a process that is explicitly encouraged – although never guaranteed – by Australian border officials; in what Liz Thompson and Ben Rozenweig call the ‘commodification of mobility’. Four Corners reported rather anxiously that it is Australian universities that now issue visas rather than DIBP personnel: this anxiety appeared to centre on the porousness of Australia’s borders implied by this measure, however, and not on a new level of explicitness reached in the academy’s imbrication in border policing and control.

With this in mind, I would like to imagine what might constitute a genuinely resistant approach with which casual academics might approach the teaching of international students. Our (precarious) wages are paid by their (precarious) engagement with the border. The monetisation of the university is at the present moment directly financed by the border: we who experience the ill-effects of the former in insecure and exploitative work1 ought to be able to connect our situation with the struggles of those who are rendered more profoundly insecure by the latter. Perhaps rather than wringing our hands at the tendency of some students to approach our courses as checkpoints and our selves as border agents we might instead recognise the logic of such an approach. Perhaps we might question what we are really disrupting when we refuse to pass students who have plagiarised or turned in poor work and who may be placed in a situation of heightened vulnerability to the mechanisms of the border by our refusal. Perhaps we might reconsider our loyalty to notions of ‘learning’ or ‘academic integrity’ – and the racist, sexist, classist epistemologies that underpin both – in the face of an academy that has no interest in either other than in the sense that they form the rhetorical underpinnings of a multi-billion dollar industry. This would require us to learn to recognise that we do not work in ‘education’ – any more than warehouse and distribution staff at Evian could be said to work in ‘hydration’ – and that our creative and transformative energies must be directed elsewhere.

Disruption is needed. But we must find a form of resistance that disrupts not only the corporatisation of the university, but also the logics of the border that both precede and require it. In doing so we might comprehend that the border does not function simply to keep out but importantly also to let in: as Verma notices it is nonsensical to refer to the hyperexploited undocumented workers that underpin huge swathes of the service economy as ‘irregular’. Likewise we might recognise that there is nothing non ‘genuine’ or irregular about students who access universities in the hope of obtaining visas or more permanent migration arrangements. What we might in fact need to confront is how perfectly regular, how genuine, such an engagement with educational institutions may be.

Rose
(Rose works as a casual academic in Melbourne)

1. This ought not to be read as rehearsing facile accounts of precarity that construct the casualised ‘cognitive’ or ‘creative’ labourer as the precarious worker par excellence. For many precarious workers, international students most pertinently among them, the experience of precarity extends far beyond the domain of work to what Angela Mitropoulos terms the ‘uncertainty of life’ – as indeed the demands of the particular labour markets in which they find themselves insist that it should.

On Tutoring and Border Policing

One thought on “On Tutoring and Border Policing”